Top 5 countries with the most diamond resources in the world 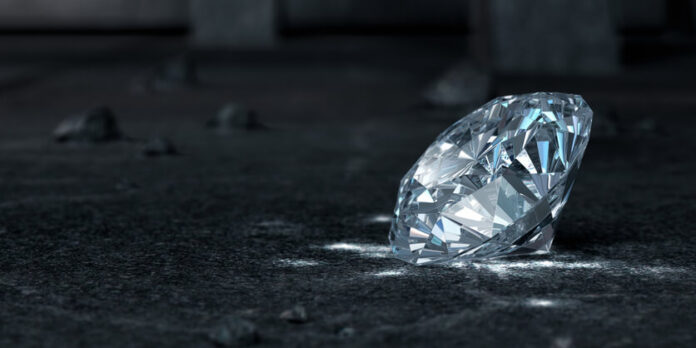 Diamonds have a long history as a beautiful thing of desire. The journey of diamond from carbon is lengthy. They are formed deep beneath the Earth under extreme heat and pressure for billions of years. The youngest diamond found was 900 million years old and the oldest one was more than 3 billion years old, which is older than many of the stars in the sky.

The rarity of diamonds made it worth what it is and slowly, owning them became the sign of power, wealth and status. Roman naturalist Pliny had famously stated “Diamond is the most valuable, not only of precious stones, but of all things in this world”. These stones vary in colour, colourless diamonds are the most commonly used ones, but a diamond with pale blue or blue shades are the most valued.

Due to its hardness, brilliance sparkle and shine it surpasses all other gemstones and is considered the most precious jewel all over the world.

The first place where diamonds were found was India. It was in the 4th century BC around 2,400 years ago. A major cluster of these early stones were transported through a network of routes that connected India and China known as the Silk Road. Thus, the story and love for Diamonds has its genesis in India. They were collected and gathered from its rivers and streams.

Due to its limited resources only the wealthy class was being able to possess it.

Slowly and gradually the trend of diamonds as engagement rings became a trend thereby the use of diamonds for making other jewels too. The engagement ring has its history which began in 1215, when Pope Innocent lll who was one of the most powerful popes of the Middle Ages, declared a waiting period between betrothal and the marriage ceremony. This ring became a symbolism of a couple’s commitment and their eternal love. The diamond ring, since then, has become a trend like engagement rings in London.

Slowly the diamond resources of India depleted and the quest for search of alternative sources began and then Brazil though with limited sources of diamond, came to light but was unable to meet the demand. Then came the Kimberly mines with a rich source of diamonds after being discovered by Erasmus Jacobs.

With the growing demand and resources of diamond its availability had increased, it’s now available almost all around the world out of which 5 places possess the most and are famous for it and are listed below. So, the top most diamond mining countries are

Diamonds are more than beautiful they are an enduring symbol of love, romance and commitment. The stone’s name is derived from the Greek word Adams, which translates to “unconquerable”.

Just as the acrylic hues of the walls of a house enhance the home decoration so does the diamonds when adorned enhances the beauty of a person and when gifted reflects the love for the other.

Buying A Board: Tips For The All-Around Family Rider