How To Differentiate CBD Oil from CBG Oil? 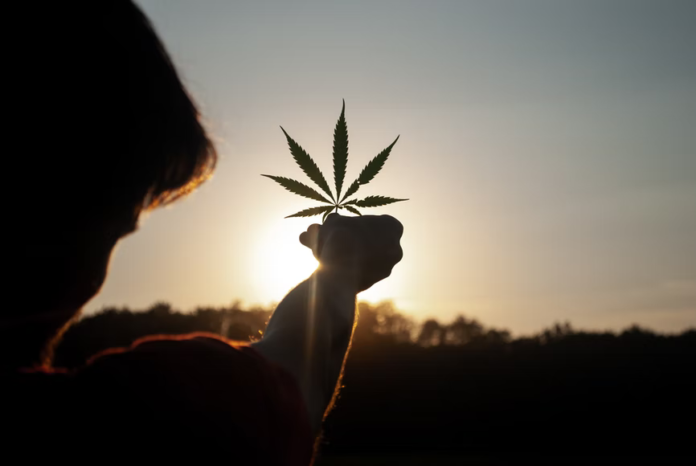 Researchers have paid attention to cannabinoids CBD and THC for quite some time.

This fascinating research has led to almost 20,000 scientific reports on cannabinoids.

However, they also realize the benefits of ‘minor cannabinoids’ such as CBG.

Cannabidiol (CBD) is the most abundant cannabinoid in the cannabis plant. It’s yielding from the flowers and upper leaves of both hemp and marijuana strains. It can also be extracted from legal hemp plants with less than 0.3% THC by dry weight.

In contrast, CBG or Cannabigerol is present in the plant’s flowers and leaves to a lesser extent. You can find it in marijuana and hemp strains at higher concentrations than CBD.

However, recent breakthroughs have shown that it has far more healing power than CBD & THC combined. How can you tell if you a try CBD+CBDa raw oil? Keep reading to find out.

More on Cannabidiol and its Benefits

Before we proceed, allow us to explain CBD and why many researchers consider it a ‘wonder-drug.’ CBD is among the 60+ cannabinoids present in cannabis.

Unlike THC (Tetrahydrocannabinol), which gets you high, CBD is entirely non-psychoactive. It’s considered a ‘calming’ cannabinoid, promoting relaxation and peace while relieving anxiety, pain, inflammation, and stress.

CBD may heal a variety of medical conditions, including:

But perhaps what makes CBD so attractive is its ability to counteract the psychoactive effects of THC, resulting in a more lucid, clear-headed state.

Because of its ability to soothe pain and anxiety, lack of psychoactive effects, and legal status in most parts of the planet, CBD is quickly becoming a trendy option for patients seeking alternative remedies.

Cannabigerol is a slightly psychotropic cannabinoid similar in structure to THC and CBD.

As with CBD, CBG may have numerous medical applications, including:

What makes CBG unique is its ability to promote the formation of both THC and CBD in the plant. It also has some antibacterial characteristics which help prevent infections.

Many researchers feel that CBG’s ability to regulate gene expression by inhibiting DNA methylation is one of the main reasons it’s so effective as a medicine.

There are some fundamental differences between these cannabinoids:

Legitimacy Status of the Two Compounds

Both CBD and CBG are legal in most parts of the world. However, the status of one or both differs depending on where you live. For example, while both are completely legal in Canada, only CBD is allowed for medicinal use with a doctor’s prescription.

On the other hand, CBG is entirely illegal to consume under any circumstances in the UK.

CBG and CBD Oil’s Psychoactivity. When it comes to the differences between these two cannabinoids, their psychoactive effects are perhaps one of the most important.

Cannabidiol (CBD) is completely non-psychoactive, meaning that it will never make you feel high or stoned even if consumed in large quantities. CBG, on the other hand, has some psychoactive effects.

When CBG is isolated from the cannabis plant and consumed on its own, it has produced some mild psychoactive effects in humans.

This means that when pure or highly concentrated CBG is used in a product with no CBD present, individuals may experience specific effects similar to getting high even though they’re not technically doing so.

Why Is CBG More Potent Than CBD?

The answer to this question partly comes down to the conversion rates of CBGA into CBD, THC, or CBC. For example, when CBGA is exposed to UV light during the late flowering stage, experts can convert it into Δ-9-tetrahydrocannabivarin (THCV).

On the other hand, geranyl pyrophosphate converts CBGA into CBD. Consequently, if the genetic makeup of a particular strain does not contain the necessary enzymes, THCA cannot be produced from CBG.

This is one of the reasons THC levels in marijuana are much higher than that of CBD or CBG.

Can You Use Them Together?

Though CBD is non-psychoactive, and CBG is slightly psychoactive, people have begun adding them to treat certain conditions.

When these two compounds are mixed, they work better than when used independently.

Clinical trials have been conducted that reveal treating animals with a combination of CBD and CBG may be more effective at reducing stress, pain, and inflammation than treating them with CBD or CBG alone.

Drug Testing for CBD and CBG

Despite CBD and CBG being the most abundant cannabinoids in marijuana, they do not cause a “positive” reaction on drug tests.

This is because standard urine or blood tests do not look specifically for either of these two compounds. Instead, these tests are designed to detect THC metabolites accumulated in your system over a certain period.

If you feel like you may have to take a drug test and want to know more about what’s involved, contact your nearest clinic for help.

CBD and CBG are the two most abundant cannabinoids in marijuana. As such, they’re often found in cannabis oil extracts used to treat a wide range of conditions.

If you had trouble differentiating them before, we believe the article above has been of help.

While you shop for your CBD or CBG oil, take your time and enjoy it in moderation for maximum results.

What To Know About Marine Salvage Yards

How To Care for Your Vinyl-Wrapped Car

Peterbilt — Guaranteed Here to Stay (But Why?)