Why Are Moss Wall Panels Important For Your Home? 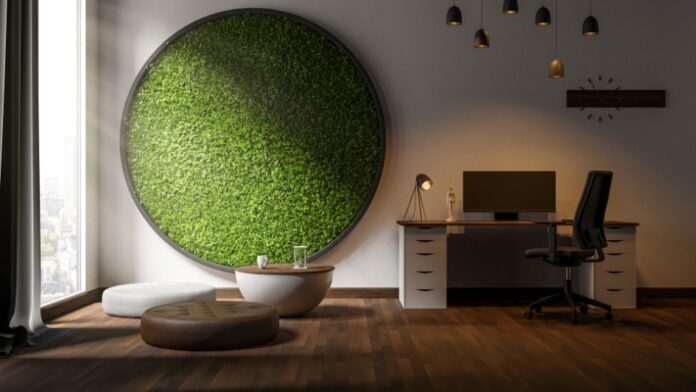 A big panel covered with carefully treated moss is known as an acoustic moss wall. While moss walls effectively absorb sound from a wide range of frequencies, they require little to no upkeep, making them the ideal alternative for boosting speech intelligibility while also providing a striking appearance. It’s often assumed that we have a natural connection to nature as humans. The term ‘biophilia’ describes this (meaning love of nature).

Architects are increasingly incorporating biophilic design ideas into their designs, specifying natural materials and advocating for the use of vegetation. Incorporating a moss wall panel into an office or educational setting makes a strong statement and adds a touch of nature to the place.

What Is A Live Moss On A Wall?

A living moss wall is a living moss-decorated exterior or interior wall concept. Sheet moss, mood moss, and reindeer moss are some of the moss kinds that may be used to create living moss walls. Other components, such as air plants or dry bark, will be included in the moss walls.

Making a moss green wall is an easy and enjoyable project. You’ll have a vibrant backdrop that will last for years to come. Architecture and design have been lacking a key aspect for a long time: nature. Live moss wall art is a cutting-edge method to incorporate nature and its advantages into any living space.

The Advantages of a Living Moss Wall

In homes, public areas, and the workplace, live moss wall art is becoming increasingly popular. A living moss wall is an excellent design that promotes relaxation as well as other health advantages. The following are some of the advantages of a live moss wall:

Improved air quality: The environment is full of air pollutants that are harmful to human health, especially in cities and urban regions. Moss is effective in cleaning the air. Pollutants from the air and rain stick to the surface of moss, where microorganisms transform them into the plant’s biomass.

Noise reduction: If you live on a busy street, traffic noise might be an annoyance. This noise will be muffled by living moss walls. As a result, you will be able to live in a serene and quiet environment.

Lower energy costs: Areas surrounding live moss walls are cooler in the summer. Water is absorbed by moss and then evaporated into the atmosphere. Moss walls give an extra layer of insulation in the winter, lowering heating bills.

Reduced CO2 levels: Plants and humans are natural companions. Plants absorb the carbon dioxide we exhale, and we inhale the oxygen released by plants. Even when you are indoors in an urban house, living moss walls may help you maintain this natural alliance.

Growing moss on a capillary water retention mat creates live moss wall panels, which are a sort of living wall. The moss mats are large enough to cover your plant’s roots. The majority of live moss panels are four by four feet in size.

Living moss walls are quite amazing. During the summer, they protect walls and keep buildings cool. They also have additional advantages, including as oxygenating and purifying the air.

Installing live moss wall panels is simple. Moss mats are attached to a wall by glueing them to a backing board or a steel panel. The panels are ready to hang both indoors and out.

georgealex
George Alex, a business/E-commerce copywriter and a content writer. I am known for my praiseworthy written articles and guest posts on the most searched topics. With my decades of writing experience, I have become a content developer as well as I have written many articles on various grounds.
RELATED ARTICLES
Home