TION SYMPTOMS – HOW TO MEET A DRUG ADDICTOR? 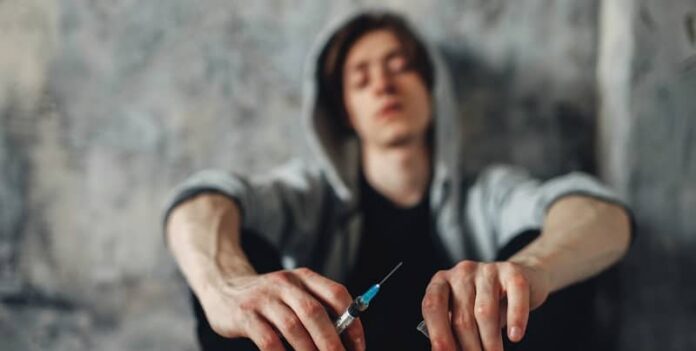 Drug addiction always begins with an innocent experiment – initiation, willingness to try something new, to take a drug under pressure from peers. There are many reasons to use stimulants, but it is not difficult to notice that drug addiction is one of the most difficult civilization diseases today and the fight against it is not the easiest one. The addiction of a drug addict affects not only himself, but also his immediate environment. What are the symptoms of addiction and how is addiction treated?

Drug addiction cannot be defined as a purely health problem. The consumed toxic substances affect the behavior and psyche of the addicted person, but also their environment, family and private life. With time, people who become addicted to stimulants stop taking care of themselves, what they do, and act in accordance with the law – all that matters is taking the next dose of the drug and continuing the feeling that follows taking it.

The phenomenon of drug craving following drug withdrawal is manifested in the addict feeling compelled to return to the drug and is able to do a lot to get the next dose. Drug addicts subordinate their daily functioning to drug use over time, and this effect can be seen in their behavior. After the experimental phase, in which drugs are used rather out of curiosity, there is a phase of regular use, in which you can already observe problems at work, in family relationships, financial problems indicating progressive addiction and physical withdrawal effects as soon as the craving for drugs is not satisfied.

Drug addiction symptoms – how to recognize them in relatives?

Symptoms that a close person is addicted to drugs may vary depending on their individual predispositions, the time from which they take the substance, as well as the substance they became addicted to. The most common symptoms of severe addiction are changes in physical appearance and gross neglect of oneself, red sclerae, dilated or overly constricted pupils, hyperactivity or phlegmaticity, inferior mood, weight loss, general exhaustion of the body, decreased immunity, as well as outbursts of aggression, paranoia, hyperactivity , apathy, depression.

In order to be sure whether a person from a close environment is addicted to drugs, one should carefully observe their behavior and their change over time. Many of the above-mentioned symptoms may be related to somatic diseases, and in the case of mental changes, with constant exposure to stress, neuroses or other disorders. However, if many of the aforementioned disorders appear simultaneously, develop over time and go hand in hand with the general deterioration of contacts with the addicted person, a clear neglect of their own life and possible problems with the law, this is a clear signal to seek the help of specialists.