The rise of mobile payments platforms (UPI) in India 2022 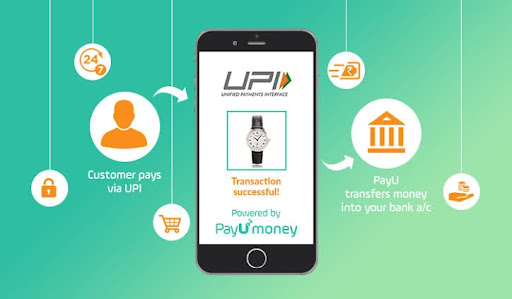 Post the pandemic, there has been an added focus to social distancing and online payments. Since then, there has been a rise in UPI Payment apps and mobile payment apps for easy and speedy payments. Mobile payment apps have vastly improved in terms of availability and importance over non-digital forms of currency in recent years. This is due primarily to the fact that smartphones are becoming more prevalent in the Indian market, and businesses are more readily offering digital payment choices such as UPI app. The convenience of storing assets in mobile wallets over cash transactions, which may necessitate frequent journeys to ATMs, is enormous.

While the move to digital payments is not new, it has accelerated in the last two years. During the lockdown in 2020, many people turned to digital payments as a result of the Covid-19 pandemic, leading to a significant increase in transaction volumes and value. During Covid-19, India had the highest number of real-time online transactions in 2020, surpassing some major economies. The good news is that the shift in payment patterns such as UPI payment and UPI apps appears to be more lasting, since digital payments grew at the same rate in 2021 as they did in 2020. Collaboration between the government, the regulator, banks, and fintechs has typified India’s journey toward building a digital financial infrastructure.

From an era when there was a reasonable amount of equality across classes to a time when the lower classes faced growing barriers to involvement in the formal sector, Indian society has gone through several waves of shifting economic systems. In today’s India, the economic difference is palpable. India ranks in the top five countries in terms of both the number of billionaires and the number of people living in poverty, highlighting the chasm between social strata. Given the foregoing, introducing India’s population to new and innovative UPI payment infrastructures such as UPI app is expected to be a game-changer that will increase involvement from all socioeconomic groups in the country.

The landscape appears to be shifting towards a technically advanced infrastructure that is conducive to narrowing financial barriers for the poor and making digital payment technology more inclusive, thanks to the Indian government’s participation in driving new UPI payment platforms forward and the bright talent that brings these initiatives to fruition.

As India redoubles its efforts to embrace the cashless revolution, a new technology called the Unified Payment Interface is gaining traction, allowing people to use their cellphones as virtual debit cards to conduct quick transactions. UPI apps, or Unified Payments Interface, was introduced in 2016 and can be regarded as a digital identity card for financial transactions. UPI allows you to send and receive money using unique identifiers called Virtual Payment Addresses via IMPS (Immediate Payments Service) (VPA). This eliminates the need to carry debit or credit cards, as well as trading information such as bank account numbers or IFSC bank codes.

On the major smartphone app marketplaces, such as iOS and Android, you may download a variety of UPI apps. To utilize the service, you must first download a UPI app, such as the Bajaj Finserv app, and register as a user (you are not limited to using your bank’s app). Connect your bank account to UPI and set your UPI PIN as part of your app registration. This is a 4- to 6-digit passcode that you use to authorize transactions and adds another layer of protection to the system.

To use the UPI app to initiate a transaction, log in, select the UPI ID from which you desire to transfer funds, input the recipient’s UPI ID/VPA, enter the amount, confirm the transaction with the UPI PIN, and voilà – the funds are transferred instantaneously!

With the obvious ease and convenience that the UPI app platform gives to peer-to-peer payments and transactions, it’s no wonder that UPI payment usage has been steadily increasing among the Indian people in recent months. In addition to paying for goods and services from merchants, UPI provides a handy way for consumers to send and receive money where the sender simply needs to know the receiver’s virtual payment address.

With a variety of platforms on the market attracting more users to the world of digital payments, a programme like UPI will lower the barrier to entry and strengthen the payment infrastructure. UPI app appears to be well positioned to achieve widespread acceptance by Indian customers, thanks to its ease of use, built-in security, and availability across smartphones and banks.