The Advantages Of Agile Development When Compared To Waterfall 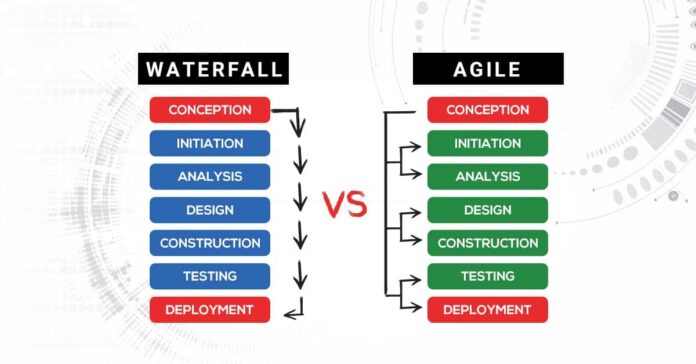 Agile Development is a concept that has been around for a while now and is fairly well known. Waterfall development, on the other hand, is still being used by many software development companies even though it does have its disadvantages. In this article we will discuss the advantages of Agile Development over Waterfall and why you should consider using Agile instead of Waterfall to develop your next Software Application.

Agile Development is a software development methodology that emphasises the importance of customer collaboration and requirements. The main goal is to create a working version of an application as early as possible to identify any issues there might be in the design, architecture or features of the application.

The main advantage of agile development is that it allows you to release working applications much more often than waterfall does allowing your company to get feedback from customers about their needs much earlier in the project lifecycle. Because iterative testing can take place early in a project’s life cycle, bugs can be identified and fixed before significant resources go into building features that may never see the light of day or that do not meet the needs and desires of users.

Agile product methodology development offers more clarity and predictability than waterfall because it gives all stakeholders a high-level overview of what they can expect from your application at different stages of its release. That means there are no unpleasant surprises halfway through the project with regards to budget, time, or needed resources …it’s all up front with an agile approach!

And customers love Agile Development projects because you deliver immediate value earlier in the lifecycle with each milestone – meaning their feedback is heard immediately – and you end up delivering exactly what they want instead of getting halfway through a project and finding out that many features needed to be changed (or cut entirely) due to poor planning or assumptions you made earlier in the process.

To get an idea of how this works, check out these six steps to successfully complete an Agile Development project:

1. Set a Goal and Stick With It

It’s very easy for teams to get pulled away from their original goals while working on a project – it may start off with a simple app to help people learn guitar chords but end up turning into something that tracks all kinds of activity from walking around town to crawling through tunnels. And if you’re not careful, your customers will end up disappointed because they wanted the “app that helps me learn guitar chords” not the “app that helps me track my walks”. The moral here? Just keep focused on your original goal!

Ever heard of the term “minimum viable product”? That’s when you take a concept, build it to its simplest form, and release it to your customers in order to get feedback on how they feel about the idea behind the app. Then you can continue building based on that feedback! So when someone asks for 50 different features in your next update, remind them that they’re asking for too much before it’s even released. Just imagine what would happen if Dropbox had added all those extra features before their early beta-testers ever used it!

Even though I just said not to add every little thing requested by your customers – or anyone else for that matter – don’t ignore everything people ask for either. You need to know what your customers want so you can deliver the best product possible. Just remember there’s a difference between “making a dream come true” and “dropping everything for a new idea.” If someone requests something, take it into consideration as long as it doesn’t break anything or go against one of your core values.

Agile, as a development methodology, is supposed to provide a flexible vision that can adapt to changes in the market. Waterfall, on the other hand, is a strict linear system where each phase must be finished before moving on to the next. The truth however, is that waterfall might actually be better for cutting edge technology such as Virtual Reality because there’s less room for surprises and more time for proper testing and preparation.

Agile Development is thus a very interesting and new approach to creating games, but it might just be better suited for smaller projects that wouldn’t mind changing their design at the last minute. The best of both worlds would be to combine Agile and Waterfall development, but as with anything else in the industry, it’s easier said than done.

10 Important Facts You Need to Know about Shopify SEO