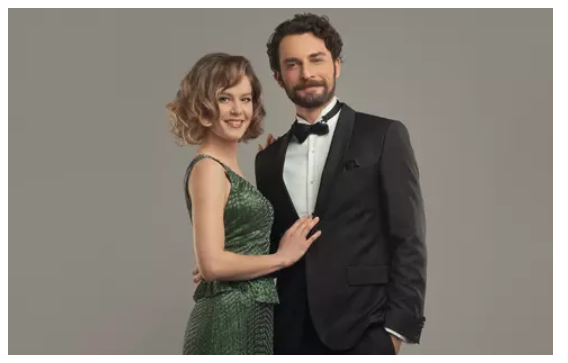 Instead of the series “One look” (with Seda Bakan and Kadir Dogulu in the main roles), which will end on Tuesday, October 24, the channel Pro 2 brings from October 25 another Turkish production, “In the name of happiness” (in the original ” Hayat Sarkisi”).

The series will be broadcast from Monday to Sunday, from 19.00, and has Burcu Biricik and Birkan Sokullu as protagonists. “In the name of happiness” ended in Turkey in June, it has two seasons and 57 episodes. You have seen Burcu in the series “A matter of honor”, and Birkan in “Elif” and “In love and in war”. The cast also includes the actress Filiz Ahmet, the one who gave life to Nigar in “Suleyman the Magnificent: Under the reign of love”, as well as Ecem Özkaya (Nil from “Iffet”).

At the center of the story is Kerim (Birkan Sokullu), a man whose father arranges for him to marry Melek (Ecem Özkaya), the daughter of a friend of his since childhood. In adulthood, things take a different turn, because Melek’s sister Hulya (Burcu Biricik) falls in love with Kerim, and the young woman will do anything to win the man of her dreams, including putting Melek in unpleasant situations. Hulya manages to marry Karim, but the man does not love her and decides to go to Germany. The girl doesn’t give up and goes after him to turn his life upside down.