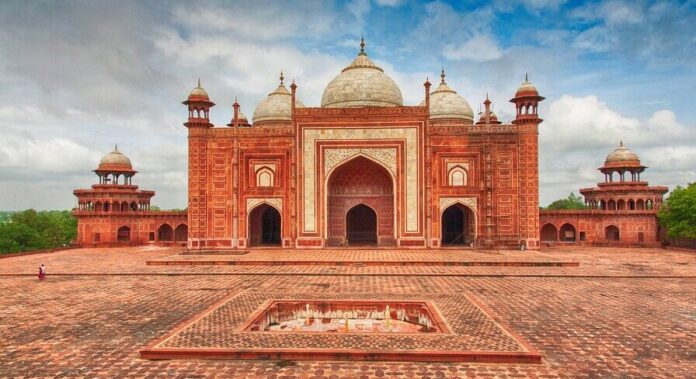 Are you sick with the same old places to go and things to do in Delhi? Why don’t you spice up your trip to Delhi with some historical intrigue? It’s often claimed that historical sites have their own souls, and we couldn’t agree more. There are sites that transport you back in time, monuments with more stories to tell than you can ever listen to; and architecture where history speaks to you in every corner and crevice.

Delhi is a testament to the passage of time, having witnessed the rise and fall of countless empires until the valiant residents struggled to claim this land as their own. So, without any delay, visit HappyEasyGo and book your air tickets to Delhi now.

Red Fort, also known as Lal Qila, was built in 1639 by Shah Jahan, the fifth Mughal emperor. Since then, numerous Mughal rulers have stayed in this spectacular fortress-palace during their reigns in Delhi. The fort’s name comes from the red sandstone that was used to construct its reinforced walls. Today, the fort is not only a popular tourist attraction that attracts millions of visitors each year but is also the focal point of the country’s Independence Day celebrations, where the Prime Minister hoists the flag and addresses the crowd.

This undoubtedly ranks first among the top ten historical monuments in Delhi, as it is a must-see for all visitors to the city. Qutub Minar, the world’s tallest brick minaret, has been designated as a UNESCO World Heritage Site for its rich history and innovative architecture. Despite the fact that Qutb-Ud-din-Aibak, the founder of the Delhi Sultanate, began building in 1192, the minaret was finished over many years under the supervision of several monarchs who came after him.

This fort is well-known for two reasons. First, it is one of Delhi’s oldest forts (5000 years old), and second, it is the site of Mughal emperor Humayun’s death after slipping from his library’s stairwell and succumbing to his injuries. Purana Qila, which literally translates to “Old Fort,” is more of a border wall around which the city was erected, with defences as tall as 20 m and a four-meter thickness — indeed an impenetrable wall. The light and sound performance here takes you on a journey through the history of this lesser-known fort, which dates back to the 16th century.

This magnificent mosque, comprised of red sandstone and marble, was constructed by the great Shah Jahan and is one of India’s largest mosques. It was built between 1644 and 1656 at the cost of one million rupees. An Imam from Uzbekistan was the one who opened this magnificent place of worship. The mosque’s courtyard can hold nearly 25,000 attendees at any given moment. Thousands of worshippers practise their morning Namaz in this colossal building during the Eid festival.

If you’ve never seen a stepwell, which is typical in Indian forts, you’ll be awed by Agrasen Ki Baoli, a historical step well measuring 60 m in length and 15 m in width. Although there are few historical records about the well’s origins, it is thought to have been erected by Maharaja Agrasen and restored in the 14th century. The Archeological Survey of India has preserved this old water reservoir, which has 108 steps. As you descend deeper down the well, the dank scent of moisture and substantial structures cut out of rocks will transport you to a bygone period.