Mode and Median: The Two Most Heard Central Tendency Topics 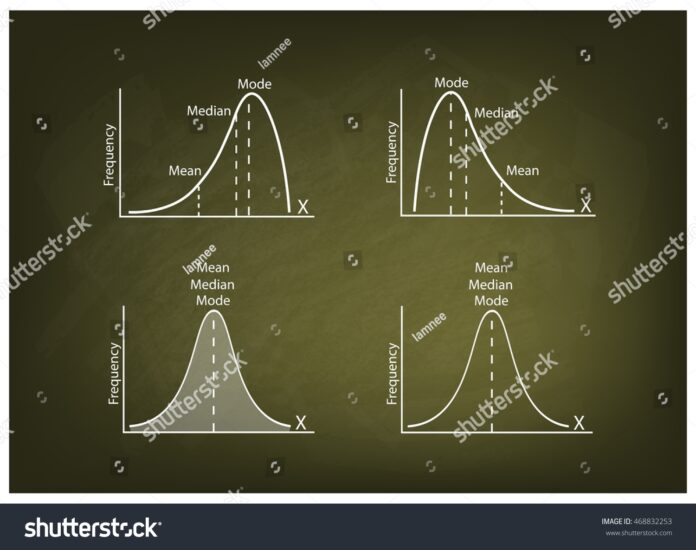 Have you heard about the topic ‘central tendency’? No! Let me tell you, the central tendency is the central or unique value in a given distribution. Mode is one of the types of central tendency. We can define mode as the value that occurs most frequently in data. For example, assume that you got the marks of examination as follows: 45, 65, 85, 45, 95; in this data, the marks ‘45’ have been repeated most of the time. Therefore, the mode of the given data is 45. There are various real-life examples of mode as well such as mode is used to determine the total number of students who have enrolled for the college or school. There are two formulas for mode, one for the grouped data and the other for the ungrouped data. Basically, there are two types of modes: data including one mode is defined as the unimodal list or mode, and data having two modes is known as a bimodal list. In the next few topics, you may see the other central tendency such as median and its calculations.

The Formula Given for the Median

As mentioned above, there are various types of central tendency such as mode, mean, and so on. Similarly, the median is one of the types of central tendency. It can be defined as the middlemost value present in a given data. For example, the given data is 3, 4, 6, 8, and 9, here the number ‘6’ is the middlemost point and is thus regarded as the median of the data. The above example was for the odd set of numbers. In the case of even sets of numbers, the median formula is n/2 nth term + n/2 + 1th term / 2. you must remember that if the frequencies (given numbers ) are not arranged in a specific order, you must arrange them in either ascending/increasing or decreasing/descending order. We shall try to solve some examples related to the median formula for both odd sets of numbers and even sets of numbers.

Some Examples on the Odd Sets of Numbers for Median

The mathematical formula was given to calculate the median if the set of numbers is odd: n+1 /2 th term. Some of the examples are mentioned below:

Therefore, the median of the given data is equivalent to 6.

Therefore, the median of the given data is = 12.

Some Examples on the Even Set of Numbers for Median

The formula given to calculate the median for even sets of numbers is, n/2 nth term + n/2 + 1th term / 2. some of the examples are mentioned below,

Therefore, the median for the even sets of numbers is equivalent to 7.

If you want to learn about mode and median formulas in a detailed and interactive manner, visit Cuemath and book a free session now.