How Much Does CoolSculpting Cost? 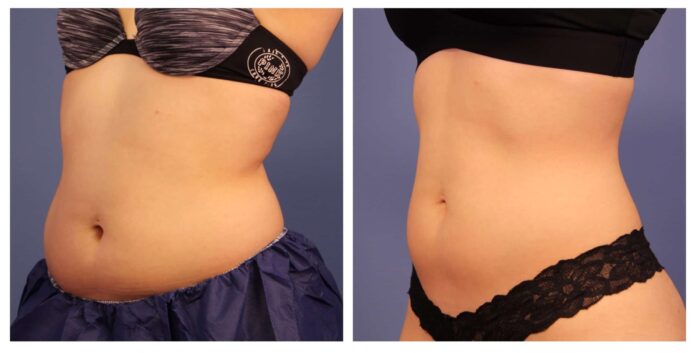 CoolSculpting is a form of Cryolipolysis procedure that relies on freezing the excessive fat cells in the body to death. This non-invasive medical procedure was designed for individuals who wish to remove fat from certain areas of the body without undergoing surgery. In case you are wondering if a man can undergo this process, the simple answer is yes! CoolSculpting can be undergone by both men and women. To get started, all you need to do is find one of the affordable CoolSculpting centers for men around you.

Before talking about CoolSculpting, it is important to understand the types of fat found in the body.

Subcutaneous fat is the principal type of fat found all over the body. It makes up the largest deposit of fat in the body. This fat usually forms a layer just below the skin. You will find a large deposit of this fat around your legs, waist, and arms.

This fat is an important part of the human body system. However, too much of it can be dangerous and can increase the risk of adverse health conditions such as heart disease or type two diabetes. Cryolipolysis procedures like CoolSculpting mostly target the subcutaneous fat.

This fat surrounds most of our major organs, such as the liver, intestines, and stomach. The visceral fat can also build up in the veins and arteries.

Just like subcutaneous fat, visceral fat also plays a major role in the proper functioning of our essential organs. However, having it in high quantities can lead to health problems. Some of the common problems associated with excessive visceral fat include high blood pressure and insulin resistance.

In 2017, The American Society of Plastic Surgeons (ASPS) estimated the average cost of undergoing a CoolSculpting procedure to be around $1,481.

However, going by the numbers found on the website of centers offering CoolSculpting, the price range is from $1,500 and $4,000 for each session.

Importantly, the amount you are expected to pay for your CoolSculpting is usually based on the area of the body that needs treatment. If you target a small surface area, the cost will surely be lesser than when you focus your attention on a larger area of the body. The cost can also increase if you are treating more than one area. Some other factors that determine the total cost of CoolSculpting treatment include location, service provider, and need for follow-up appointments. If you suffer from an underlying health issue like cryoglobulinemia, cold agglutinin disease, or paroxysmal cold hemoglobinuria, you may have to have more sessions.

What is the cost of CoolSculpting for arms?

CoolSculpting is perfect for anyone looking to remove stubborn fat from their underarm. Since the arm is a small area of the body, your treatment is expected to cost significantly less than other areas. The average cost of using CoolSculpting for your underarm is around $1,300. This covers the two arms ( around $650 for each one). The treatment procedure is expected to last about 35 minutes for each arm.

What is the cost of CoolSculpting for the stomach?

The most common reason for booking CoolSculpting treatment is to get rid of stomach fat. However, factors like age and pregnancy can make it difficult to perform this process on the stomach. Each treatment could take up to 60 minutes. Its results are permanent. Those looking to remove more fat may need to undergo additional sessions. The estimated cost of CoolSculpting for the stomach area is $1,500 per session.

What is the cost of CoolSculpting for thighs?

The cost of CoolSculpting your thigh is determined by the thigh area the treatment will be carried out on. For instance, you may be charged around $1,500 for outer thigh treatment and around $750 for the inner thigh. Sometimes, it could cost up to $4,000 to work on both legs. CoolSculpting for the thighs needs just one session to get permanent results, just like that of the arms. Each treatment can take as little as 35 minutes.

Is the cost of CoolSculpting covered by insurance?

In case you didn’t know, most insurance plans don’t cover aesthetic treatments. Since CoolSculpting forms part of aesthetic treatments, it’s not covered by insurance. Still, you can discuss with your insurance provider if there are any payment plans or discounts they can offer to help reduce the burden of your treatment. Your provider may be able to draw up financing plans that can make payment easier for you. You can also decide to save up for the treatment so it won’t affect your budget.