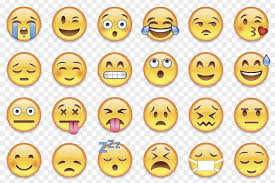 Emojis are a preferred form of expression between Gen Z and millennials. Initially, they used to be the few keyboard characters at the end of your sentences. They were added to convey an emotion or look ‘cool’ and ‘relevant.

Yet, as emoticons graduated from simple characters to well-expressed emojis, they spurred a universal language of their own.

But emojis still managed to grab the attention of Millennials and even younger generations.

When these little graphics first came into play, they were a media ‘drug’. They took over androids, social media platforms and emails in a matter of moments.

Since then, most of these emojis have settled well into people’s daily virtual lives. One of them remains an enigma till this day. What is more intriguing is that it has taken a new meaning in the coronavirus pandemic.

You guessed right, ‘the folded hands’ emoji! Whether it is a high five or praying hands, debate on the issue is still alive. Yet, most have rested the case by accepting the emoji as a gesture of prayer.

It is used by Gen Z on every occasion on social media. From giving Easter blessings, celebrating Diwali to marks of thanks and gratitude.

People have also folded their hands together while making requests,  asking for favor or pleading for forgiveness.

Unexpectedly in 2020 and 2021, the folded hands emoji has popped up in more tweets than ever before. It is to help express our feelings about diversified aspects and the impact of a health crisis that can sometimes defy words. It is used to thank frontline workers, first responders, and send prayers to loved ones.

Emojipedia suggested that the spike in “prayer hands” could be related to “our current circumstances,”.

It was used for an estimated 25% more in 2020 April than in 2019. That one spike made it the eighth most popular emoji for 2020 on Twitter. Eventually, it cemented its position as a visual trademark for how we feel during the pandemic. The collective increase in commitment over the emoji has strengthened its social media presence. It is now the go-to emoji for spreading hope and online positivity in the emoticon language.

It’s the versatility and broadness of emojis that make them useful, effective, and expressive. This new sensational icon provides a masterclass in the same. The ‘folded hands – high five’ urban legend  is an amusing and stubborn one. It has kept GenZ’s hunger for a satisfying story.

With the ongoing debate, the emoji in the process has acquired several new meanings and interpretations. The underlying conclusion seems to be that conversation media is here to stay. Gen Z’s interest in it is well-founded, considering the passionate messaging punch it packs!