Giants Owner Larry Baer Feels the Fans Pain, but Is Looking Ahead for 2022 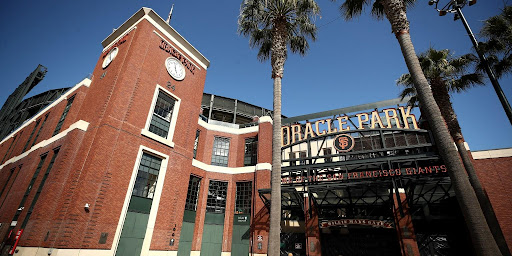 Having been a team owner in MLB since 1993, Larry Baer of the San Francisco Giants likes to think he understands baseball fans. He’s now been through two lockouts as a team owner, and he feels the fans’ frustration. He’s frustrated too. The good news is the dispute ended without any regular season games being canceled.

Larry Baer addressed Giants’ fans shortly after the settlement via Zoom, and expressed his gratitude about the quick settlement and stated that the Giants will be “aggressive” in building their roster this season. Said Baer, “(This is) obviously a good day for the industry. I’ve got to say, this has been, personally, a very painful period. It’s been tough on a lot of levels.”

Baer worried that the lockout, which was imposed by the league in December and lasted 43 days, might have negatively-impacted fans and turned them away from baseball had it lasted into the spring and caused the league to cancel games.

The Giants as a community asset

Baer understands fans being upset about the lockout. “The way we’ve approached (owning the Giants) is — this is a civic asset,” Baer said. “Obviously it’s also a business, so we have to be able to hit bottom lines and things, but we don’t approach things from a financial standpoint as the driver for, you know, the complete measure of success. Our focus is delivering quality, championship baseball as much as possible and being involved in the community…And if fans were upset with owners, so be it. I can empathize. We’re trying to come out of a pandemic. There was a lockout when Omicron was hitting. I think we have empathy for it, and it’s certainly forgiven if fans were upset with either party or everyone.”

Baer prefers to look ahead to the 2022 baseball season, rather than place blame about the lockout. The Giants are set to open their season on April 8th at Oracle Park against the Miami Marlins. They are already playing Spring Training games. All major league player transactions were frozen during the lockout, so the Giants have some catching up to do. They have already re-signed Alex Wood and Anthony DeSclafani and Alex Cobb, but there’s still more work to do according to Baer.

Larry Baer is the President and CEO of the San Francisco Giants Major League baseball team. He joined the team in 1992 and was made CEO in 2012. During his tenure as CEO, the Giants have won two World Series Championship titles. Baer is an active participant in the Giant’s major development projects, including Mission Rock, a new mixed-use neighborhood development located near Oracle Park. Baer was appointed by President Obama in 2016 as a governing board member of the United States Holocaust Memorial Council.

Baer is a graduate of UC Berkeley and Harvard Business School. Prior to joining the Giants, Baer worked in media with Westinghouse Broadcasting and CBS. He was named “Person of the Year” by San Francisco Boys and Girls Clubs in 2010.

Baer lives in the San Francisco Bay Area with his wife, Pam. They have four grown children.