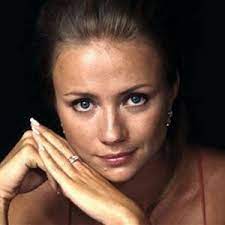 Maria was born into a metropolitan stellar acting family. Both grandmother and grandfather, and mom and dad were the favorites of the public with all the ensuing consequences. The girl was named after her paternal grandmother Maria Vladimirovna Mironova. Despite the fact that the parents divorced almost immediately after her birth, this did not deprive the child of the attention of all, without exception, relatives. In addition to the female half of the family, she was adored and pampered by her grandfather Alexander Menaker and father Andrei Mironov. Soon after leaving the family, the father married the actress Larisa Golubkina, adopting her child Masha. So Maria Mironova had a half-sister, Maria Ariees.

Living among bright creative personalities, Masha very early began to show artistry. Dad decided that she could make an excellent ballerina. But as soon as she was put in front of the choreographer, the girl got into a pose and refused to obey him. From an early age, the girl was very observant and taciturn, like her father. She loved to be behind the scenes of the theater, looking at and trying on her mother’s costumes.
At the age of ten, obeying the will of her parents, Mironova Jr. starred in The Adventures of Tom Sawyer with Stanislav Govorukhin. Her Becky Thatcher is considered one of the best incarnations of Mark Twain’s little heroine. According to the actress herself, on the set she was very afraid of the villain Indian Joe, even after she met the performer of this role. The girl was not deprived of her father’s attention, they often met, he managed to convey a lot to her. The departure of Andrei Mironov Masha was going through hard. Maybe that’s why she got married very early, she lacked male support.

After secondary school, Maria entered the Shchukin School at the acting department. However, she soon went on maternity leave. And when her son grew up a little, she transferred from Pike to VGIK, which she successfully completed in 1996 under the strict guidance of the master of the course Mikhail Gluzsky. After the graduation performance, the young actress was invited to several theaters at once. She chose Lenkom, where she still serves. Also, some performances were made specially for her at the State Theater of Nations, among them “Phaedra”, “Carmen” and “Caligula”. For her stage successes, the actress has repeatedly received prestigious prizes and awards, including the Andrei Mironov National Acting Award.

Not only theater directors were able to appreciate the talent of Maria Mironova, cinema is always open for her. But, unlike most of her colleagues, she does not act in everything. Therefore, for 18 years, only forty roles have her filmography. But all are bright and memorable. Film critics and viewers highly appreciate these works.

The first time the actress got married very young. Telemagnat Igor Udalov became her husband. The couple had a son, Andrei (1992), named after his grandfather. At the moment he is also a professional actor.

The second husband of Maria was the politician Dmitry Klokov.

In 2011, Mironova registered a relationship with the son of Lissa Aires – Alexei Makarov. The marriage lasted a little over a year.