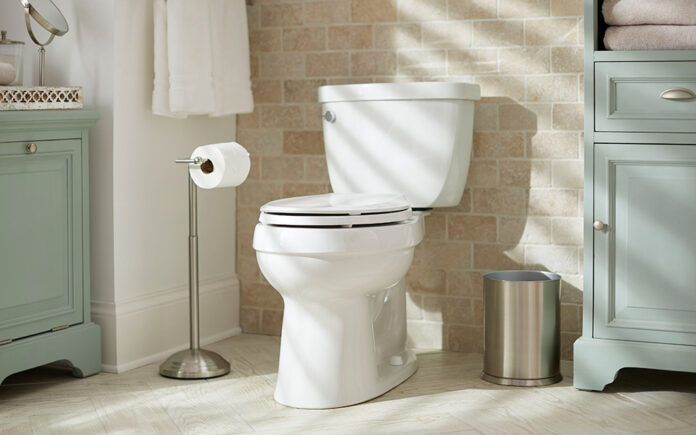 Are you searching for the best power flush toilet? Then, we are here to assist you by providing all the information about the best flushing system toilet for your bathroom. The major toilet manufacturer is Toto, Kohler, and American Standard which designed a flushing system and made toilet save water. If you want to know more the read the article till the end. And make sure to choose the best flushing toilet system for your bathroom.

The following are the different types of toilet flushing systems:

Gravity flush gives you a powerful flush by using less water. It is one of the most common flush systems that has been used for over a century. In this flush system, the flush valve opens up and allows water to rush down. Over the years best toilet flushing technology manufacturers have improved the flush system efficiency by changing tank and bowl design and enlarged flush valves foxnewbrand. All these improvements have led to more efficiently using less water and easy to maintain.

The pressure-assisted flush system is the combination of gravity flushing with compressed air. It has a pressure tank that is filled with water and maintains that pressure. The system used to create a powerful flush in the toilet where the gravity flush system on its own would not be sufficient in rear discharge and the upflush toilets.

In this best power flush toilet, there is a secondary plastic tank inside the main tank that was called a pressure vessel. It utilizes a minimal amount of water without sacrificing performance. However, they come at a higher price, repairing is difficult and noisy.

The dual flush system is that the toilet has 2 options for the amount of water to be used and the best toilets for no clog toilet. One is for a little amount of water and the another is for more water to flush. The use button is installed at the top of the tank lid. If you press any of the buttons then the valve seal lifts up and allows water to flow down. The amount of water depends on the button that you press and this will help to save on water consumption and decrease the water bills.

Double-cyclone flush system is designed by Toto which is used in most of their toilet. The water flow from the tank enters the bowl through 2 nozzles which are located at the bowl facing sideways. When the water swirls in a bowl-like cyclone are effective in cleaning, rinsing, and flushing the toilet. The best toilet flushing technology Cyclone is created due to the direction in which water enters the bowl and nozzle face sideways allowing the water to strike the surface of the bowl.

This tornado flush system created centrifugal, cyclonic rinsing water that reduced the waste buildup and keeps the bowl cleaner and it is the improved version of the double cyclone flush system. It is more effective than most of the toilets with multi-flush and uses only 1.28 gallons per flush. Also, has a quiet flush and is easy to clean.

The tower flushing system is mostly used by the Kohler toilets and it is also known as the canister flush system. Normally, it is mounted in the middle of the tank and was connected to the flush handle. When you lift off, it allows water to flow to the bowl from a 360-degree angle. This will be able to enter the bowl faster and create a strong flush. The best toilet flushing technology of Kohler’s class five is a tower-style flushing system designed with a flush valve that enters larger than the exit ratio of 3:2.

A double vortex flushing system is used by the American Standard’s toilets. It flushes 100% of the water at once from two water opening positioned at the top of the bowl. These two powerful whirlpools water flush clean the entire surface or ceramic bowl. The new American Standard combines the double vortex flush system with the bigger flush valve to create a powerful flush with toilets that don’t clog.