Animals: an asset for children’s development 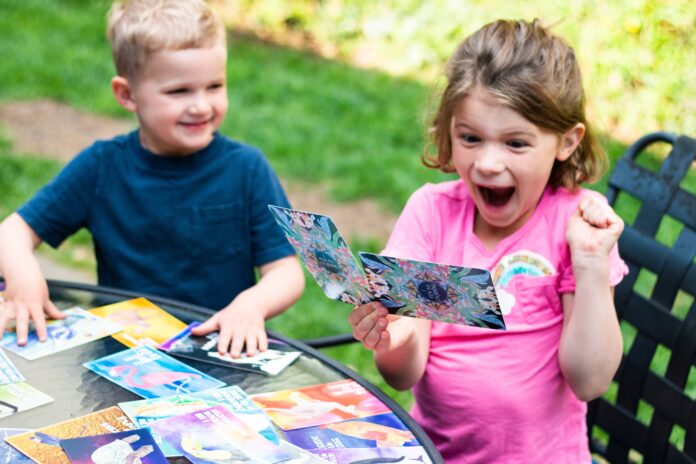 Like many parents, perhaps you have already considered taking pets home for your children? You have undoubtedly noticed that the relationship of the animal to the child is unique: both playmate and confidant, the animal quickly takes an important place in the life of the child and especially in the youngest years.

And indeed, recent studies have demonstrated the importance of the place of the animal in the development, learning and education of the child.

The impact of pets on children’s health

First of all, the study of the American scientific journal Clinical & Experimental Allergy carried out on 600 people concludes that the early exposure of children (during the first year) to allergenic factors naturally present in domestic animals increases their immunity in stimulating the production of antibodies and thus reduces the risk of allergies and asthma by half later.

Development of emotional management, empathy and a sense of responsibility

At the same time, animals also have the quality of helping children to increase their basic skills for affective; emotional, social and cognitive development:

The pet is a full member of the family universe in which it is granted a certain freedom of expression.

The pet is the animal chosen for its docility and “flatter” the ego of its master and which will be “staged” in particular clothing or accessories (such as knots in the hair, etc.).

It is with the pet that the child is most likely to forge close bonds. And among the animals, he only retains 5 categories likely to be qualified as a pet: the dog, the cat, the horse, the parrot and … the dolphin (for the latter, it will be very difficult to have him home J). Other domestic animals such as rabbits or hamsters are not without interest; but they are not able to act on the 5 basic skills but only on 3 or 4.

The animal has no mood and it does not judge. Indeed, he accepts the child as he is. Whatever his skin color, his clothes or even his handicap. The benevolent gaze he has on the child helps the latter to forge his self-confidence. Emotionally safe, he can interact with the animal without risking being judged. In front of the animal, he is thus able to try his own experiments without reading the disapproving look of a possible observer.

The child’s ability to get the animal to do what he wants without violence or coercion is also a good indicator of the child’s leadership capacities, i.e. his ability to be followed. And to be imitated by others. The contact of the child with the horse is therefore rich in meaning. Will the child be able to take the horse where he wants it with flexibility?

It’s true that you may have not all the animals for the development of your children as it’s very cost effective. There is any easy way to teach the children about the good habits of the animals. Affirmation cards for kids are specially designed to develop self-confidence in the children. On each card there is a picture of animal with a great sentence about the habit of that animal. Children learn and try to play the role of the animal. Like: I am playful like the dolphin. I am self-reliant like the crocodile. I am helpful like the horse, and many more…. As the children like role playing games.

To conclude, if you want to take the plunge and welcome an animal into your home, remember that this is a long-term commitment and that it involves certain constraints depending on the animals concerned: dog exits, cost of veterinary care and food… If you are not sure you can meet this commitment, do not!

Finally, an animal remains an animal. So never leave a toddler unattended with a loose animal nearby (a dog such as a cat but also a parrot or even a rabbit). The animal is not necessarily aggressive but it can have a bad reaction if the child hurts it for example. Learn about the different breeds of animals, some cope more easily with young children.

If you make the choice to welcome an animal in your family (as I did myself), do not hesitate to tell us about your experience and if you liked this article, share it if you wish.

Hours of Learning and Fun!