Is there a free VoIP service? 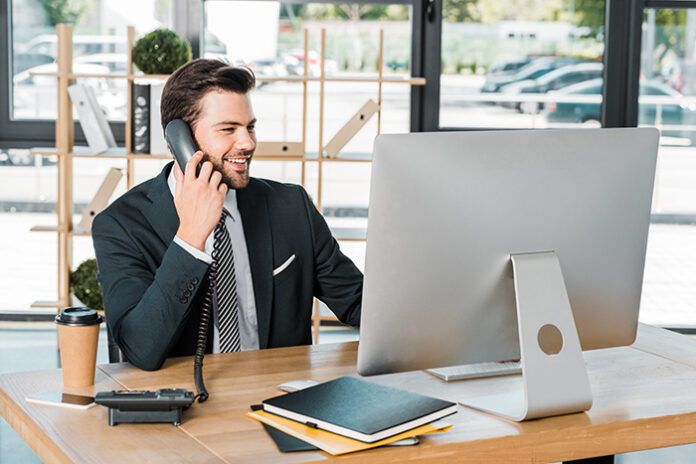 What are the advantages of free VoIP service?

Even though they’re free, these VoIP applications do have some benefits that you can’t get from regular landlines.

Getting a free VoIP service is so easy, anyone can do it.

For one thing, there are so many providers to choose from. You can simply Google them or search your app store (Google Play Store or Apple’s App Store) on your mobile app. From there, just download the app and register.

In most cases, you only need a valid email address (or a Facebook or Twitter account) to create an account. After registration and some general verification and validation steps, you’re ready to make VoIP calls!

They include chat, group chat, and easy sharing options

Aside from letting you make VoIP calls, most free VoIP apps have messaging options too. You can even create group chats with multiple users. As a bonus, you can also use these applications to share links, photos, videos, and files to other people either individually or in a group chat.

You can make video calls

They can accommodate conference calling and video conferencing

If you need to host VoIP calls for multiple parties, there are free VoIP services that let you do that too. Just create a group and start a call from there. Voila! You’ve just started a conference call. You could even level it up by doing a video conference call instead of a regular group audio VoIP call. It’s super convenient for people who can’t be in the same room, but need to be on the same page.

What are the limitations of free VoIP services?

Even with these advantages, there are still some things free VoIP apps aren’t able to do. And for businesses, these limitations can be pretty significant. It makes these apps unrealistic permanent substitutes for regular landline phones.

For example, here are some of the biggest limitations of most free solutions:

Unless people are using the same VoIP App, they can’t talk to each other

The main limitation of these free apps is that they only work when the person calling and the person being called are both on the same app. For example: people on Viber can’t call WhatsApp users and vice versa (unless they have both apps downloaded). That’s pretty limiting, especially if you need to call prospects or customers who aren’t using the same apps as you.

Most of these services are only able to make calls within the application, which means you can’t call phone numbers directly. Of course, Viber and Skype do have that function—but you’d need to buy call minutes to use them, which makes the service paid and not free.

You can’t get a phone number

Another big disadvantage of free VoIP apps is that you can’t really connect a phone number to the VoIP phone service. Remember how the app can’t call landlines? Well there’s also no way to make calls from landlines to the free VoIP—unless you’re willing to pay, of course. Skype can assign you a temporary telephone number from different countries but, again, it’s an extra charge that negates the “free” aspect of the service.

They’re highly dependent on the quality of internet connection

With paid versions, specifically the ones catering to businesses, the service requires less internet bandwidth to get a quality call. This is because it uses high-quality codecs to compress your voice.

Think of it as putting your documents into a zip file so it’s easier to send them through email. The codec converts your voice into a smaller file size so it can travel faster over the internet. Before signing you on as a customer, VoIP providers for business usually test the speed and quality of your company’s internet connection to see if it can handle VoIP calls. They also use QoS (Quality of Service) routers that prioritize internet-based phone calls over other internet traffic.

The thing with VoIP is that you can attach a phone number to the service, but it doesn’t have to reflect your actual area code. That is to say: you can use a number that makes you seem like you’re from another state or even another country without actually being there.

That’s why federal law requires business VoIP providers to register the address of the VoIP customer. This is so that first responders know where to send help during emergencies. And another thing—since it only works within the app’s network of users and has no business phone number, it won’t have the ability to call 911 during emergencies. That’s a pretty serious issue.

Do I need a free VoIP service?

That depends on what you plan to use VoIP for. If you only need a service that lets you connect with family and friends, then a free VoIP service is more than enough to help you keep connected.

If, however, you need a home phone that can replace your traditional phone or landline, then free VoIP services may not be adequate because, again, it doesn’t let you communicate with people who don’t use the service’s app.

Calls coming from landline phones or even other VoIP apps won’t work. You’d be better off getting a residential VoIP service, since it’s at least designed to mimic general landline functions for a much lower price.

If you’re a business, both free VoIP services and residential VoIP probably won’t be enough. (Even regular landlines won’t cut it for most businesses.)

If you get a decent number of phone calls, you should look into getting an advanced VoIP-based business phone system with advanced call management features, which makes sure that your business doesn’t miss any calls.

As YouTube Hits 2M It Aims To Roll Out Metaverse, Blockchain, NFT Features