Is Cycling Without a Helmet Illegal in UK? 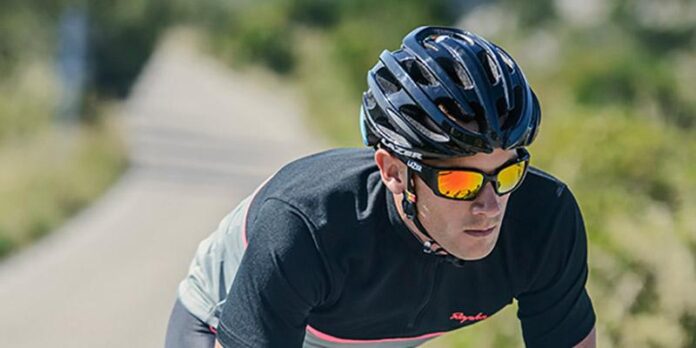 The short answer is that UK law does not require bicycle riders to wear helmets, despite the hotly-debated and highly-sensitive topic. Cycling helmets are recommended under the Highway Code, but they are not legally required.

Helmets save lives, so they should be mandatory, argue those who support them. Critics argue that they should be optional, that making such a law will discourage people from cycling and that increasing cyclist numbers will improve safety.

The cool motorcycle helmets tend to be the most significant bit of well-being gear when riding a bike.

At least for now, how much freedom do cyclists have in this regard?

First of all, cycling helmet laws are not definitive. They are not required to be worn while riding, and never have been.

Cyclists are recommended to use them, and one which complies with current regulations, is the correct size, and is securely fastened. In the UK, however, cycle helmets are not required by law.

Do you think this is fair? That’s certainly true, at least according to Cycling UK, an organization that supports cyclists and bike use. According to them, helmets cannot be made compulsory; they argue that “it could undermine cycling levels, and helmets are not known to be effective.”

Helmets aren’t the only argument against making them mandatory. There are some who argue that the more pressing issue is getting more people to ride bikes more often, rather than whether they wear helmets.

Also, there is evidence that, in some cases, helmets provide little, if any, additional safety while riding, and that cycling is associated with minimal risks, especially off-road.

A person is just as likely to lose his or her life while cycling as he or she is while walking, for example. The average number of cyclists who die on British roads is one for every 29 million miles cycled.

Do Other Countries Have Laws Requiring Cycle Helmet Use?

Some countries, such as the Netherlands and Denmark, have similar bike helmet laws, but they are hotspots for bikes but have among the lowest levels of helmet usage. In Spain, people of all ages are required to wear them on interurban routes, except when going uphill or in very hot weather, or for professional cyclists.

Since 1992, helmets have been mandatory for all cyclists in Australia, except for those over 17 riding on Northern Territory public spaces that are not roads, such as footpaths and cycle paths. Since these laws were introduced, there has been a decline of 30 to 40 percent in people cycling in Perth, Western Australia, for example.

It really depends on where you live in the United States, or how old you are. Mountain bike Helmets have been mandatory in 21 states and the District of Columbia since 1987, with 29 states still to enact their own laws.

Did You Know These Other UK Cycling Laws?

It is against the law to cycle under the influence of drink or drugs, regardless of whether you are riding on a footpath or a road.

The difference between this and drink-driving is that you can’t be forced to provide a breath, blood, or urine sample. In the event that you refuse and are later charged with cycling under the influence, the Crown Prosecution Service cannot use your refusal as evidence.

Cycling on pavements is a law that is perhaps less well-known. Unless they are designated as ‘cycle ways’, you cannot ride on them. Since best mountain bikes are considered vehicles, however harsh this may seem at times, they must be used on the road. This offense is punishable by a maximum fine of £500, but it is more common to receive a fixed penalty notice of £50.

When cycling in the dark, you’re also required to have bike lights (front and rear, and a red rear reflector) and working brakes. It’s pretty straightforward.

However, there is no law on cycling attire (though the Highway Code requires cyclists to wear a secure, correctly sized helmet, as well as bright, fluorescent colors for visibility), bike bells, speed limits while riding, or using your mobile phone while cycling (though you can be pulled over for ‘careless cycling’ if caught).

Do Cyclists Have to Wear Helmets?

Not at all. In the UK, cyclists are not required to wear helmets, although the Highway Code recommends they do.

Read more: Your ability to go nonstop to your home country and your family is the first and most valuable talent you learn from MyEnvoyAir.
Share
Facebook
Twitter
Pinterest
WhatsApp
Previous articleBest Accounting Software for Small Businesses
Next articleLocal SEO services in New York, what you should know?

Valuable Tips on How to Make a Video HD

Important of automation in Automating Life

7 Benefits Of Using A Protective Cover For Your Apple Watch