Have you ever watched Anime? 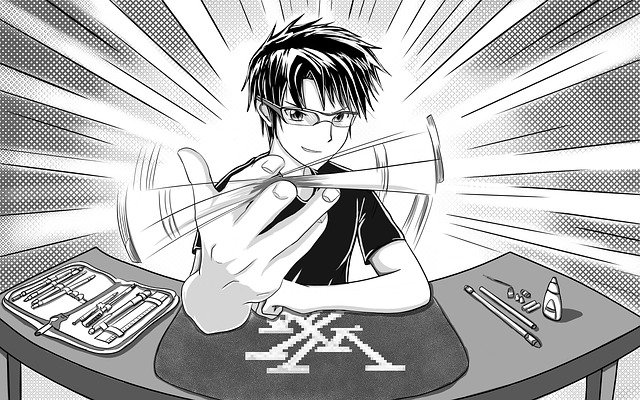 Animes are getting more and more popular between children, teenagers and youth people all over the world. These Japanese animation creations are very appreciated by many people from different cultures and there are many reasons why this I happening.

People appreciate the essence of the stories and the quality of the productions, they identify with characters from anime and they find useful lessons to apply in their lives by watching anime. The fact that Japanese anime are popular is visible even in the products market for toys or jewelleries, as for example Anime Croc Charms are beginning to catch anyone’s attention. Buying or having this type of products is a symbol of belonging to a given group.

As anime popularity is increasing, more and more children and teenagers are buying posters with their favourite heroes and Anime Croc Charms to illustrate their appreciation and to have their heroes close to them.

We would like to share with you a Top 3 Anime to watch with your friends or family if you didn’t watch them yet.

First of them is the famous anime called “Naruto”. This one is the fourth best-selling manga series in Japan and worldwide. They are originally produced in Japan and written in Japanese, but have been translated and distributed in English, so that more and more people can discover it. This anime is having a story taking about courage, about Japanese faith (Confucianismus) and mythology, about Japanese culture and its values.

The second anime in our top is called One Piece, a complexe story of a Hero with super powers, named Monkey D. Luffy. The manga is following his adventures along with his pirates’ team. The title comes from the idea that Monkey D. Luffy is looking for a treasure known as “One Piece” as this treasure may allow him to become the next Pirate King.

This anime is and has always been in top five animes from Japan and at an international level.

The third anime from our Top 3 Anime to Watch is called Tokyo Revengers. This is the story of Takemichi Hanagaki, who in high-school was having a successful image for his age: he had friends, a girlfriend and he was popular. Twelve years later he is a nobody, but he has the chance to do something great, namely to save his ex-girlfriend by traveling back in time. The hero can travel back and forth in time and change the way things happen. This anime is about real friendship, about overcoming our limits and about believing in ourselves to change the life we live.

Why you should watch anime?

If you like this style, and most probably you will, this is a good occasion for you to experience Japanese culture and to learn more about it. Anime is suitable for all ages and cultures. People from all over the world may like them and watch for having fun. Not to forget that, if well chosen, anime can transmit good values such as courage, friendship and supportive families. The unique characters make anime even more appreciated and popular. Their original soundtracks are also making certain anime-s unforgettable and well-known among teenagers. People identify with the characters, with indestructible, independent women and courageous men and that’s another reason why they like Anime.