8 Best Android Emulators For Mac In 2022 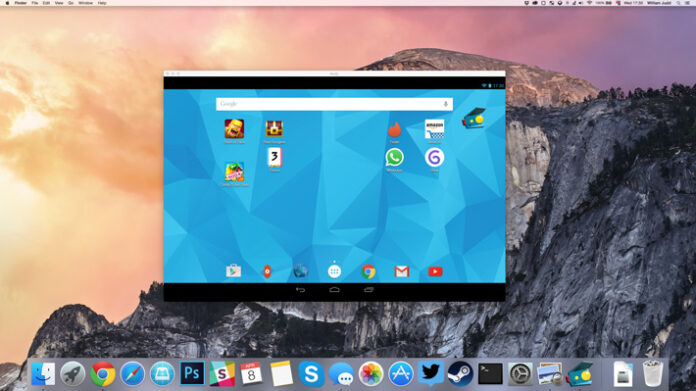 If you are a Mac user and want to play some Android games or test out an Android-only app. You should use an android emulator, with Android emulators, you don’t have to switch between your Mac OS and Android. You just have to install an emulator on your Mac or Windowsdesktop, you can run all the latest Android games and Android exclusives on a larger screen. These emulators can also be useful for testing the android application, if you are a developer and building your own mobile app and want to test the user experience on Android then you use these emulators.

If you have searched about android emulators on google, you might have landed on Bluestasks’ site because this is one of the best android emulators available in the market. On Mac OS this emulator works like a beast, even on windows as well. Bluestacks is primarily built for gaming and offers a “PC-like” gaming experience for your mobile apps.

The emulator has the full support of keyboard and mouse and has some custom presets and if the user is not comfortable with the presets they can customize them according to their preferences as well. You can even export your customization settings so that your fellow gamers can also use those settings.

If you are primarily looking for an emulator which is suitable for a developer, Genymotion would be a great choice. The Android virtual machine is primarily developed for the developers and so it has everything a user needs to test their application across a wide range of emulated Android smartphones and tablets.

The emulator is free for personal use, although there are some paid licenses are available.

This emulator is totally different, unlike the other emulators on this list, Android studio is developed by Google itself. The core purpose of this emulator is to help developers. This Integrated Development Environment (IDE) has everything a developer needs to design and build their own Android applications.

Android studio has so many features to offer, although this isn’t the best choice for someone just looking to run a few mobile games on their Mac.

NoxPlayer is known as one of the most stable and ideal for running newer games and also one of the most accurate Android emulators around. The emulator is great enough to emulate most of the mobile games available in the market right now (as long as they’re compatible with the lasted android version). Nox is extremely customizable and the great user interface does a great job of accommodating keyboard-and-mouse controls in place of touch controls. The emulator supports up to 128 GB of storage within the software.

There is only one thing that you need to worry about, Privacy is the biggest concern when you use NoxPlayer because the emulator phones home to a Chinese IP and install some of its own bloatware apps that you can’t remove. Although there is no malicious code or anything like that, it still removes a degree of control from what’s otherwise one of the top Android emulators.

Memu is specially designed and developed for gamers who want to experience mobile games on PC. The emulator has supported every hardware which can make the gameplay more enjoyable such as keyboard and mouse controls, along with gamepads. Memu has a great response time which makes it more enjoyable to play your favorite Android games on a much larger screen. Also try xnxubd nvidia for the best graphics

The best of Memu is the user can run multiple games at the same time, If you have multiple Android accounts, you can run them all on a single screen. Memu is free but shows ads.

Bliss Android emulator works on stand-alone OS. The emulator comes with a dual-boot installer which makes it easier to partition your hard drive and get everything set up. Bliss OS is designed and developed for performance and compatibility with a wide variety of devices.

Unline other emulators in the list ArChon is a way different emulator, it is a chrome extension. It means the user doesn’t have to install the application on the machine and waste precious storage space. It is a bit hard to run mobile games on it because it is mainly developed the test the android application, not for dedicated gaming and even it is not nearly as seamless as a native program.

To use ARChon, you have to install the extension in the Chrome browser for the first time. The process of using the program is pretty simple and it’s a free program.

KO player is one of the new players in the world of emulators, KO player presents itself as a mid-market emulator that can run apps and multiple games comfortably. KO player is mainly developed for gaming but it is capable to run pretty much any app on the Play Store as long as it is compatible with the Android version. Well, they have not mentioned any there that which android version is running on KO player but almost all the major applications work fluently and they have mentioned about 99% of the Play Store apps are compatible with KO Player.

The emulator comes with some extra features such as gameplay recording, keyboard gameplay support, and comes with the Google Play Store pre-installed.